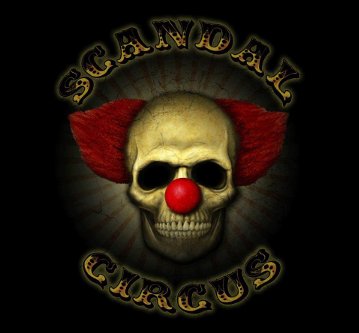 became a band 2011 when Pelle, Andreas and Carl decided to leave the band Mindfuel and form a new band with fresh songs and ideas.

The band needed a singer, and through a common friend they found Johan who is a well accomplished vocalist.

After one rehearsal all of the pieces fell into place and Scandal Circus was formed.

In the spring of 2011 songs were written and demos were recorded.

And in the summer the recordings for the debut album began.

Scandal Circus performed live for the first time in the spring of 2011 in a Swedish contest called Released/Unsigned which is arranged by SwedenRock Festival /Crank´it up /Jägermeister.

In the beginning of 2012 all the recordings for the upcoming debut album was finished at AA-Studios, and in the summer the 11 songs were mastered and completed.

The title of the album was set to “In The Name Of Rock n´ Roll”.

The album was released digitally worldwide and in October 2012 the printed CDs reached the hands of Scandal Circus.

Because of the work with the album and the video there is not so much time for live performances,

but there are time for a few.

On one of these gigs Scandal Circus shared the stage with Bullet and Electric Boys.

The plans for 2013 are to be able to rock on more stages and to spread our music around the world.

There are also plans to start recording album number 2.

Scandal Circus music builds on heavy guitar riffs mixed with melodic singing and choruses easy to sing along with.

To this we add a lot of joy, humor and craziness. 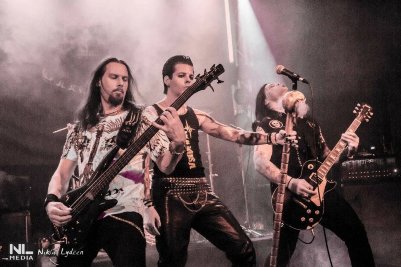