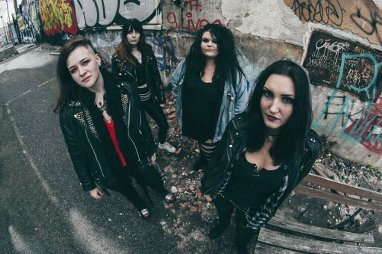 is a rock n roll band from Stockholm, Sweden.

The band was formed in January 2013 and have been playing all around in Stockholm at different clubs and festivals ever since.

In the summer of 2014 the band release the very first single "Overdose (of rock n roll)" and in december the debut EP "Hell On High Heels" was released.

was formed by Desiree Flora (vocals) and Olivia Jansson (drums) in january 2013.

The band started to rehearsal and play live. In six months the band have had several gigs, and played at two festivals.

They've had interviews (both video and radio) and was planning the release of their EP.

But in november 2013 Sara decided to quit the band.

Thilde (former bass player) took over the spot as the lead guitarist and Isabel Norberg became their new bass player.

In the summer of 2014 they finally released their first single "Overdose (of rock n roll) and they started to record their EP.

The EP "Hell on high heels" was released in december 2014.

Before the releasegig the band decided to go separate ways with Isabel.

Thilde went back to playing bass, and Sandra Keelahaara played the lead guitar at the release gig.

In february 2015 Thilde once again became a guitarist, and the band was completed by

Ebba Falk on the bass. 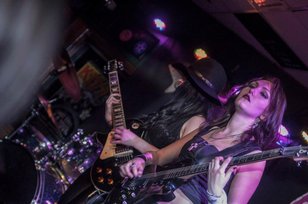 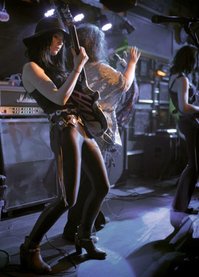 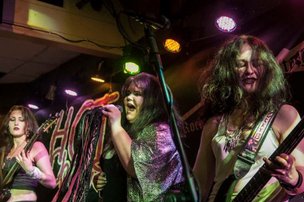